The danger of microplastics in the oceans 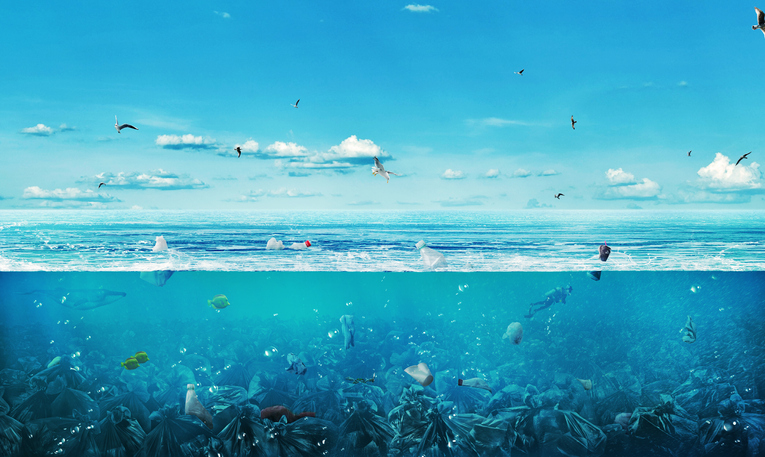 During the summer of 2016, the UK media focused on the cosmetics industry as one of the major polluters in the marine environment. That’s why many legislators in the UK, EU and US are working to decrease the presence of microplastics in the ocean, and the cosmetics industry – through research and other activities – seems to be taking voluntary actions to help achieve this goal.

For instance, in 2015 Cosmetics Europe from the European Personal Care Association recommended to stop using synthetic, solid or plastic particles in exfoliating and cleansing products that will not decompose in water by 2020. This recommendation was based on previous actions taken voluntarily by the Cosmetics Europe’s individual member companies. By 2017, they had a 97,6% decrease in the use of plastic micro-beads, and one of the members, the Cosmetic, Toiletry and Perfumery Association (CTPA), had already committed to a total removal (100%!) by 2018.


The conventional glitter is made out of plastic and due to its size it is considered a microplastic. Once it is used, the glitter is impossible to separate from other type of garbage, since it’s so small it will always end up in water streams. While in the ocean, it takes thousands of years for the glitter to decompose. Over time the plastic pollution can cause dreadful consequences to our environment and many governments are becoming aware of that; they are taking the corresponding measures.

The UK passed a law in December 2017 in which the use of plastic micro-beads was forbidden in rinse-off cosmetics. This law used the following terminology that is important to consider when facing the plastic pollution issue:

Micro-beads are plastic particles of less than 5 mm in any dimension and not soluble in water. Plastic is a synthetic polymer that can be used in various solid forms, but maintains only one shape when used for its intended purposes. Rinse-off product is any substance manufactured for the use of humans that must be removed by washing or rinsing with water to take off.

Regulations are tackling the problem


In January 2018, the European Commission also started to tackle this issue. They requested the European Chemicals Agency (ECHA) to prepare a Restriction Dossier regarding the use of microplastic particles deliberately added to consumer products. In order to achieve this, ECHA asked for evidence about the intentional use of these particles in any kind of product (not only cosmetics). The information gathered will be used to determine the appropriate restrictions.

However, the ECHA’s definition of microplastic is quite concerning (see their website) and many consider it may be catastrophic for the personal care industry. They define microplastic as “any polymer-containing solid or semi-solid particle having a size of 5mm or less in at least one external dimension”. This means that natural and synthetic polymers and both solid and semi-solid particles may be banned!

Cosmetics Europe has provided ECHA with significant information that includes a comprehensive socioeconomic assessment on the impact the ECHA measures will have on the industry, and it has also asked for a review of the current science and more accurate scientific definitions. It was agreed that by January 11, 2019, ECHA had to submit the Annex XV report describing its investigation and potential restrictions. This report will be reviewed later by the European Committee for Risk Assessment (RAC) and the Committee for Socio-economic Analysis (SEAC). The next steps will be of great interest for the entire community.

In March 2018, as part of the UK’s 25-year Environment Plan, the Chancellor of the Exchequer requested information on single-use plastics with the purpose of increasing reuse and improving recycling. Then the European Union’s Commission introduced a proposal for a new Directive on single-use plastics, if approved it will have a significant impact on the cosmetics industry. That’s why it’s essential to also have an accurate definition of single-use plastics. It should refer to their use and never be extended to all plastics.


In the private sector, some pioneering companies are starting to introduce eco-friendly alternatives. A new biodegradable glitter that has been tested by independent entities that verify if the glitter assessed actually biodegrades in fresh water. It’s 92% plastic free and their technology is evolving to reach 100% plastic free (the remaining 8% are FDA approved pigments). This glitter also has less than 0,1% of aluminum coating layer, that means that it is 99,9% harmless.

Other companies are joining the pledge to only work with environmentally-friendly. Today Glitter is an authorized reseller of Blue Sun International and Bioglitter only approved retailer in the US. Today Glitter never mixes their naturally biodegradable glitter with other types of glitter. Bioglitter, once it gets in contact with the natural environment, their glitter gets consumed by microbes that will turn it into CO2, water, and biomass.

As we can see, it seems to be a reaction on the community regarding the huge plastic contamination problem. Those in government are proposing regulations and restrictions, and the cosmetics industry is willing to act where needed. It’s a matter of time where a closer look by the predominant interested parties will be required to reduce a world-threatening hazard.