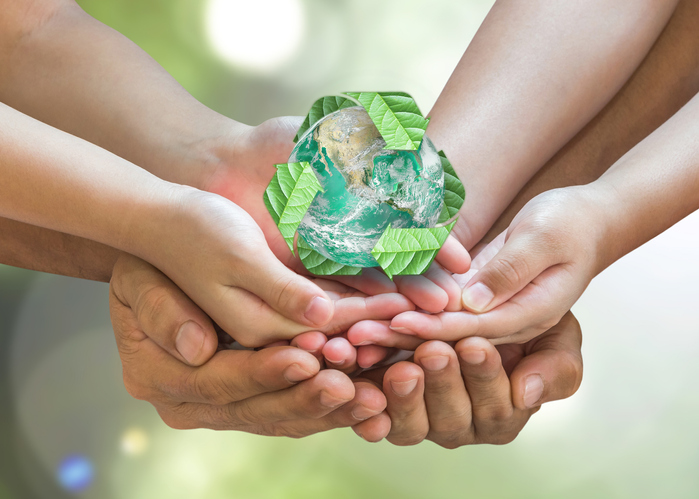 Earth has been severely bruised by plastic pollution which has become an alarming issue across the globe. According to Greenpeace, right now approximately 12.7 million tonnes of plastic enter the world’s ocean each year. That's equal to a truck loaded with garbage and rubbish emptying its contents into the ocean each minute. According to National Geographic, more than 8 trillion micro-plastics enter the US waters every day. More than 6.9 billion tons of plastic has become waste and a burden on the planet. Between 5.3 million and 14 million tons of plastic ends up in the ocean each year just from coastal regions due to the ignorance and carelessness of people who just dump it in rivers or on the ground which is flown into the oceans, earth’s last and unluckiest sinks. Due to plastic pollution, the life of marine organisms has become difficult. Turtles, sea-birds, plankton and whales are all victims of our carelessness who die due to consumption of plastic pieces.

Plastic glitter is a type of microplastic that have contributed to the effects of plastic pollution and has come under fire due to its dangerous and harmful effects on marine life. Keeping in mind the devastating effects of glitter. The UK government recently banned the use of micro-plastics, which includes traditional glitter used to manufacture cosmetics products to take action against plastic pollution and help save the oceans.

Blue sun international understands the impact that traditional glitter has had on the environment and wants to help heal the damage that has been caused over the years which is why we are proud to a partnership with Ronald Britton Ltd. Ronald Britton Ltd is the first and leading UK Company that manufactured and launched an environment-friendly glitter known as Bioglitter which is 92% plastic free and the world’s first biodegradable glitter to reduce the harmful effects of plastic pollution caused by polyester-based glitter products.

The issue of plastic waste and microplastics is something scientists have been thinking about and working towards tackling in glitter over most of the last decade.  Ronald Britton has spent several years in research and development and the new Bioglitter product represents the first naturally degradable glitter on the market.”

Bioglitter is the result of this consistent hard work and dedication and is the company’s pioneer in accomplishing the goal of making glitter 100% plastic free. Today Glitter, the first and only retail partner in the US verified by Bioglitter, respects the hard work and effort done by Ronald Britton to produce the world’s first biodegradable glitter. They ensure that their efforts do not go to waste and only sell 100% Bioglitter free from any mixing of traditional plastic glitter. Today Glitter is verified by Bio-glitter and Blue Sun International, exclusive distributor of Bioglitter in the US, Canada and Mexico.

Bioglitter is made up of a special type of cellulose obtained from Eucalyptus trees and is unique to Bioglitter. Due to the use of cellulose instead of plastic at the core of the glitter, the Bioglitter decomposes and degrades itself once it enters the natural environment such as soil, compost, rivers, oceans, lakes and all other mediums where micro-organisms may be present. The micro-organisms easily digest and decompose the glitter and convert it to carbon dioxide. As long as the Bioglitter stays on the shelf, it does not decompose and is stable.

Where glitter ‘ends up’ after use, by its size and a diverse number of uses, is not usually in traditional recycling bins.  There is a higher probability of it going into landfill from general waste or waste water from bathing. To reach our goal, not only do we feel it’s necessary to make glitter decompose in man-made environments, like industrial composting, it’s also critical that it can biodegrade in the natural environment. The fresh water test proves that. We are committed to minimising the impact of glitter on the environment and Bioglitter is our first step on that journey.  We are convinced that it will revolutionise the market and demonstrate that there is an alternative way forward. It represents a large step forward towards our goal, being 100% plastic free and naturally biodegradable, so significantly reducing its effect on nature.”

Bioglitter is a leap forward within the industry and they are determined to go further. There is a range of products for the cosmetic industry and will soon have complimentary ranges for all other industries.  Bioglitter is compliant with the new UK micro-plastic legislation, currently the most demanding micro plastic legislation in the world. Already the journey has been very interesting and challenging and it is nice to see businesses making a difference in our future.”