Plant based glitter. The new look for this year’s music festivals 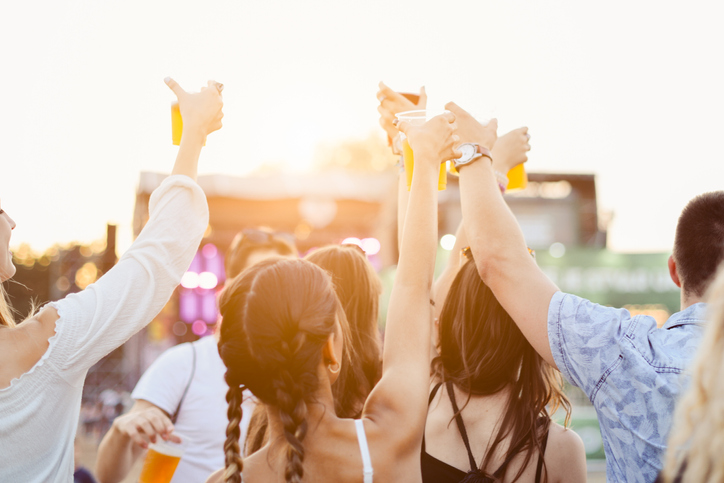 Everyone loves using glitter, especially during the music festivals season because it is a great way to shine and sparkle at the music festival. But the aftermath of such usage is destructive and harmful for the environment. Glitter is made up of small particles of plastic that are barely 5 milimeters in length and contribute to marine plastic litter once they enter the natural water bodies such as rivers, lakes and oceans. Glitter is a type of micro-plastic that when consumed by organisms associated with the marine habitat such as fish, planktons, seashells and sea birds can prove to be fatal because the small plastic particles collect in the stomach of these living creatures which then die due to starvation.

To reduce the effects of micro-plastic pollution and damages caused by polyester-based glitter products around 61 music festivals in the UK have signed up to ban the use of plastic based glitter including major music festivals such as Kendal Calling, Boardmasters, Bestival. Some festivals such as Shindig and Shambala have asked the people attending the festival to not bring glitter along with them. Due to this glitter suppliers are asked to look for eco-friendly and biodegradable glitter.

Bioglitter Sparkle is the product of Ronald Britton’s hard work, dedication and commitment to reducing the harmful and negative effects on glitter on the environment. It is the world’s first environment-friendly and biodegradable glitter which is 92% plastic free compared to its competitors. Bioglitter is made from a special type of cellulose, unique to Bioglitter which replaces the plastic film used at the core of traditional glitter. The cellulose is derived from Eucalyptus trees sourced from responsibly managed plantations operating to FSC® or PEFC™ standards.

The eco-friendly substances used to create Bioglitter give it unique properties which allow it to remain stable and fresh on shelf but once it enters the natural environment such as landfills, water bodies, compost, soil, fresh water  and other areas where micro-organisms are present, it is quickly and easily digested by the microbes which turn it into carbon dioxide and biomass.

If you’re a glitter supplier or an individual who wants to sparkle at the music festivals you probably want to learn more. Free resources like www.discoverbioglitter.com will teach you about the true naturally biodegradable glitter. You will find authorised resellers (only one approved in the US). If you want to purchase naturally biodegradable glitter that meets the fresh water test, make sure you buy from a reputable source that never mixes with plastic or compostable glitter.

Year 2019 marks a big change in attitude to glitter, with programmes like Blue Planet from Chanel BBC (https://www.bbcearth.com/shows/blue-planet/) driving awareness of micro plastic pollution. As a result, we see a huge drive both from glitter lovers, retailers and cosmetic brands to move to eco-friendly glitter options.  In the last few months alone major brands took active steps to replace traditional plastic-based glitter with Bioglitter® and are working with some of the leading festival glitter suppliers to supply eco-friendly glitter.”

Music festivals are just around the corner, and according to experts at Ronald Britton Ltd the most popular and in trend look for this year will revolve around naturally biodegradable glitter that meets the fresh water test. Bioglitter Sparkle is a must have for this season especially due to its wide variety of colours ranging from bright, funky colours to mild blue and green shades. Bright silver, gold and unicorn colours have increased their demand and have become popular. New for this season we are also seeing a big demand for the Mermaid look using blues and greens, such as our ocean blue, spring green and sky blue Bioglitter Sparkle.”

Sparkle is the first product series of Bioglitter launched by Ronald Britton. The aim while manufacturing all Bioglitter product is to make them 100% plastic free and biodegradable in the challenging natural environment. Also, all products are verified if they are compliant with relevant legislation and are manufactured with the aim to maximise their applications and make them as sparkly and shiny as possible.

Ronald Britton Ltd provides its products to several distributors including Blue sun international which is a proud representative of the world’s first and only biodegradable glitter which is soon to become 100% plastic free due to the commitment of Ronald Britton. Todayglitter ensures its customers receive the pure biodegradable glitter free from any mixing and fraud. So that festival goers can shine and glow like the stars throughout the night and have the time of their lives.